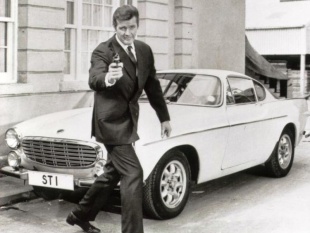 Grainger & Worrall, the world’s leading suppliers of total casting solutions, has partnered with a leading Swedish engine designer to recreate a twin-cam, 16 valve engine for use with historic Volvos. The twin-cam unit, which was originally developed in 1971, has been produced using the latest engine design capabilities and casting techniques and is for use with Volvo models such as the P1800, 140, 142 and 145, as well as the PV544.

UK based Grainger & Worrall, which has many world championship event victories to its name and is one of the unheralded success stories of high performance engineering, has been working alongside highly-respected designer Gunnar Axelsson to develop the engine for use in competition or road applications.

The original twin-cam engine was designed and developed by Axelsson in the 1970s and was based upon Volvo’s earlier 1.8 litre push-rod motor, which featured in numerous Volvo models from the late 1950s up until 1973. The standard 1.8 litre engine was campaigned within motorsport extensively and Axelsson developed the 1970s twin-cam version to boost the performance of the stock 120 BHP unit to an impressive 225 BHP.

The Grainger & Worrall remanufactured twin-cam engine boasts these same striking performance figures, but benefits from the UK based company’s market-leading casting methods that are used across the globe in professional motorsport to deliver even greater reliability and performance.

Grainger & Worrall director, James Grainger, said: “We worked closely with Gunnar Axelsson to produce the new engine, utilising our specialised CAD systems and capability to deliver the highest quality casting solutions. Across the automotive and motorsport worlds, our services and solutions stand for technical excellence and a true sense of partnership with our clients. It’s invigorating for us to bring that ethos to the historic vehicle community.”

Gunnar Axelsson added: “We have been working on the project for some time and with the help of Grainger & Worrall, we have developed a reliable, powerful engine that will dramatically improve the performance of a wide range of historic 1800 Volvo models.”

Two specifications have been developed for the new engine; while the stage one version produces 190 BHP, a more powerful stage two evolution takes power levels up to 225 BHP – ideal for competition use.

Grainger & Worrall has launched a white paper detailing how the need for greater thermal efficiency...

The automotive industry’s response to emissions legislation and consumer expectations has...

Aston Martin has confirmed Grainger & Worrall (GW) as its preferred engine castings partner for the...