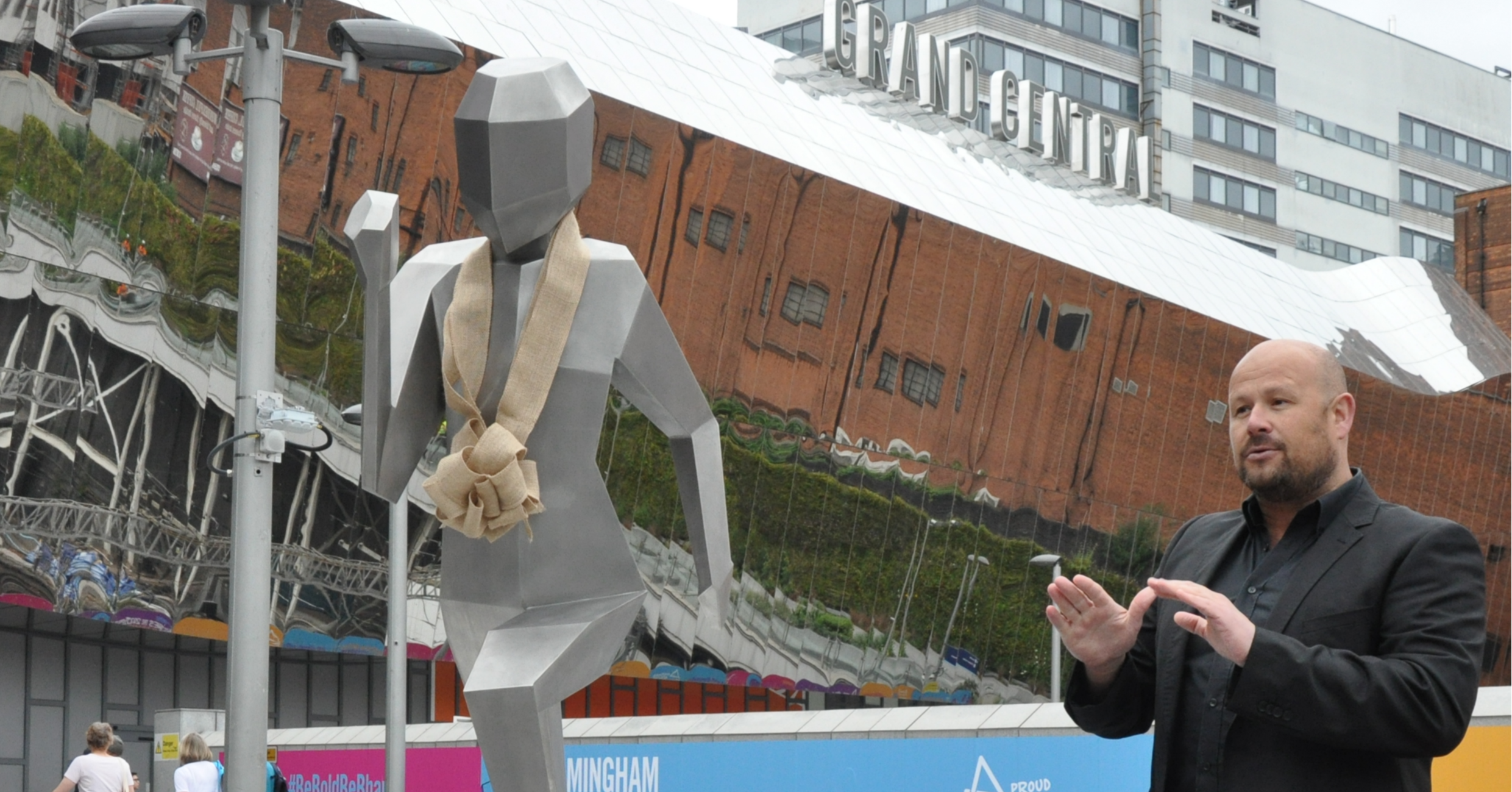 Grainger and Worrall have a reputation for making the impossible, possible. And we’ve been delighted to collaborate with sculptor Jacob Chandler to overcome a seemingly impossible engineering challenge once again.

One Giant Leap for Humankind, has been designed by Jacob Chandler, and manufactured in the West Midlands with the support of a number of companies, including Grainger and Worrall. The piece captures the fluidity of an athlete, as well as highlighting the blade of a para athlete- and it's believed to be the only piece of public art featuring disability currently on display in the UK. GW cast the blade, which was a particularly complex engineering challenge.

The final sculpture combines over 120 steel panels, merged with a cast leg and blade. The sculpture was unveiled in Birmingham on the 19th June, positioned outside Grand Central Station.

The process of casting the blade began with a 300 mm model. This was optically scanned at GW, and then reverse engineered using CAD to gather the data to create 129 individual panels. This was then enlarged to 2.5 metres tall to create the final sculpture.

The next step was to think about the leg's material and how this would merge effectively with the panels. From GW's iron foundry, stainless steel was chosen due to its material properties of strength and ductility, as well as its chemical comparability to sheet metal. This was then used to blend the interface between the casting and the produced panels. 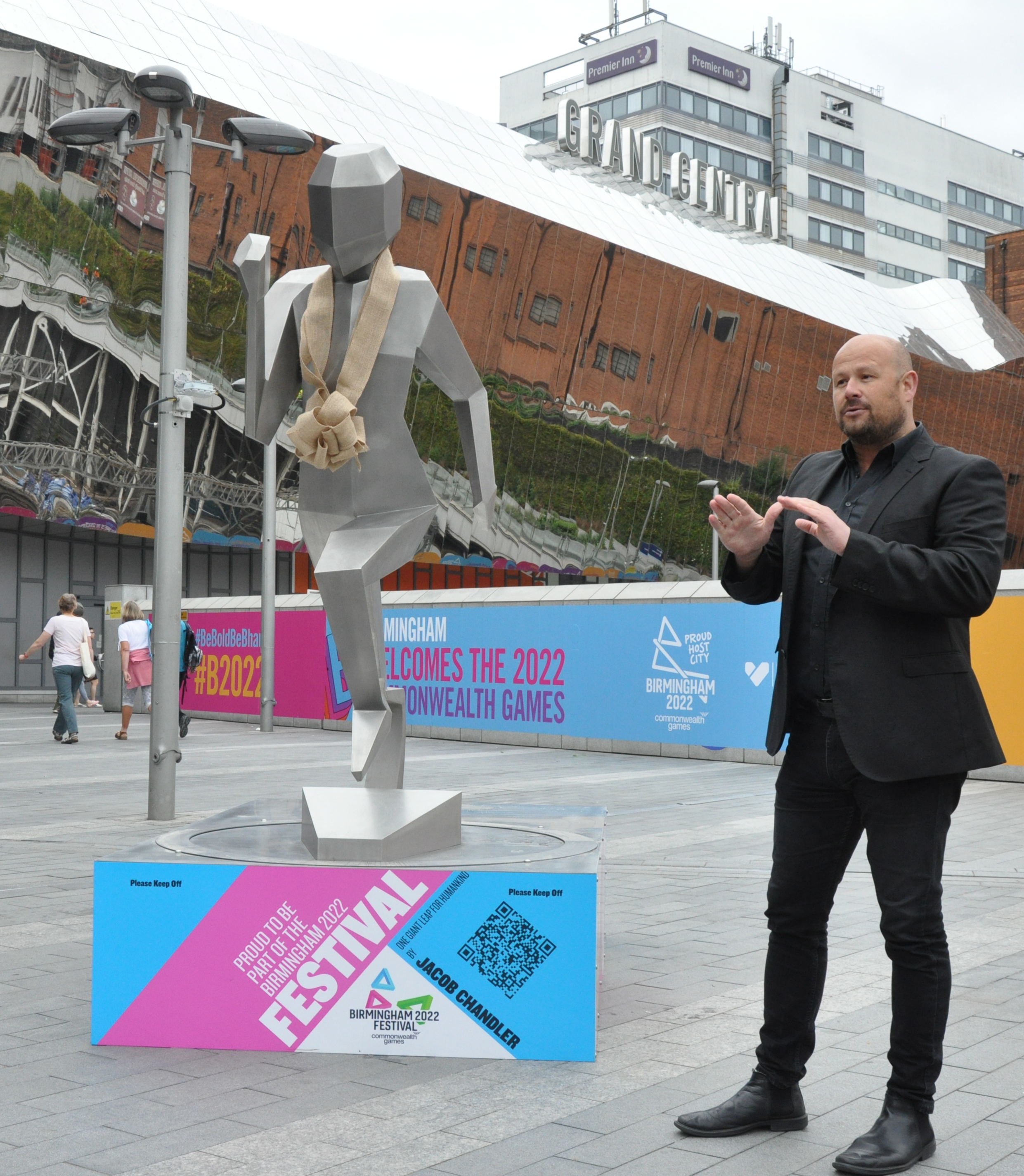 One huge engineering challenge was to create a casting that would be robust enough to meet the position requirements of the sculpture, ensuring the dynamism of the athlete was still captured. To achieve this, the leg was designed with an interior lattice structure. A mould pack was used as the method for introducing 1750°F molten steel into the sand pack. The casting runner system design was confirmed using Magma metal simulation software, allowing the casting process to be theoretically proven before GW began manufacturing the printed sand moulds.

The sand core pack was created using GW's in-house 3D sand printers and rapid-prototyping capabilities, removing the need for foundry tooling. Once the sand mould was ready, the blade was ready to be cast at at 1750 degrees. The mould was allowed to cool for a day before being removed from the sand. The component was shot blasted and examined.

The 3D data for the CAD was put out flat and ready to be passed on to the next stage of the project, which was the steel panel manufacturing.

Speaking at the unveiling ceremony, Dave Sands said 'Grainger and Worrall are proud to work with Jacob again and especially on this challenging project. We're all delighted with the final sculpture, highlighting the value of collaboration and capabilities of casting'.

To find out more about sand casting, download our free eBook The Basics of the Sand Casting Process on the link below.

Demonstrating the best of Britain to the world, the Birmingham 2022 Commonwealth Games has sparked...

Grainger and Worrall at The World Foundry Summit

This month, Grainger and Worrall's Engineering and Technology Director Keith Denholm, travelled to...