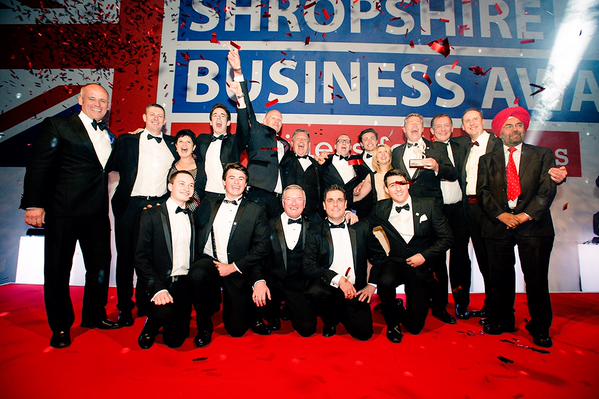 Formula One Casting Manufacturer Grainger & Worrall was the big winner as firms came together to celebrate the cream of the Shropshire business community.

The company which has its head office on Bridgnorth’s Stanmore Industrial Estate and another factory on Stafford Park in Telford, took home both the Company of the Year Award and the Managing Change Award at last night’s Shropshire Business Awards.

In meant that the company, which counts high-end motorsport teams among its customers, was the only one to take home more than one gong at the annual awards bash.

In total, 12 awards were given out on a glittering night at Telford’s International Centre, attended by around 640 people.

The awards were lent a degree of additional glamour by the presence of supermodel-turned-entrepreneur Caprice Bourret, who was the guest speaker for the event.

“The event lived up to everyone’s expectations and the party element went on into the early hours,” said Richard Sheehan of Shropshire Chamber of Commerce, which organises the event.

“It’s one of the largest attendances we have ever had at the event, and it was very well supported.

“We ended up having to close off the table bookings with two weeks to go , it was a sell-out.”

Mr Sheehan added: ”It was an amazing atmosphere.

“There was a real blend of passion, enthusiasm, excitement, and throwing in the party mentality meant everybody had a really good time.”

We are pleased to confirm on Friday night Grainger & Worrall came home with the nights top award...